Facebook launches new Messenger Kids, but is it a good idea?

Facebook recently (and rather quietly) rolled out Messenger Kids to a U.S. audience. The new app, which appeared in our own Facebook app on our iPhones, is targeted to 6-12 year olds.

Not surprisingly, it’s created quite a stir among parents and internet experts. The big question: Should I let my child use it? 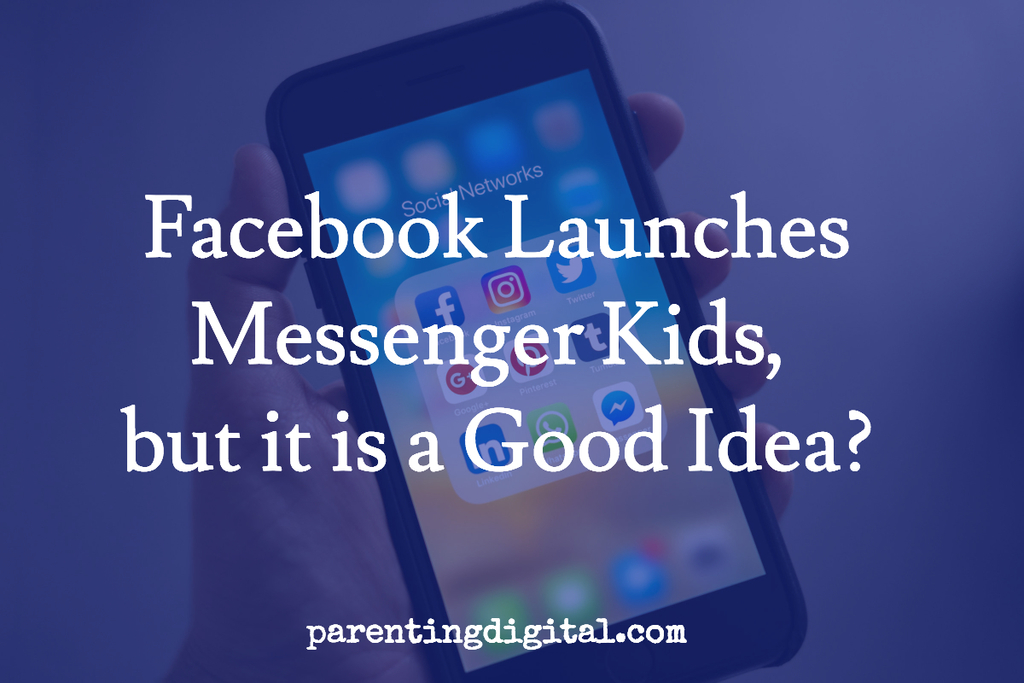 While the messaging app is used by kids under 13, it is actually set up by their parents through their own Facebook accounts. This does not set up a full Facebook account for the kids.

Parents approve connections with other children through the parents. The kids then message each other in much the same way adults do through Messenger. Young users can share through text and video, and they can access kid-appropriate filters (like rabbit ears and funny glasses) and animated GIFs.

Initially, the rollout is only for iOS devices (iPhones, etc.) in the U.S., but will open to Android and Kindles “in the coming months,” according to Facebook.

The Good Stuff about Messenger Kids

Because the child’s account is set up through the parents, Mom and Dad can monitor all communication sent through the app. The only exception seems to be that they can’t watch the actual video content that is shared, only that a video chat happened and with whom.

Unlike our adult Facebook profiles, kids are not searchable or “findable” through the app. Parents must be friends with the others parents to connect their kids. There is also no ad content in the kids version of the app.

Kids cannot delete any of their messages or other shared content. Unlike SnapChat and other apps, there is no way to hide from your parents what you send through Messenger Kids.

Facebook’s own research through a third-party data group found that 93% of 6-12 year olds have access to tablets and smartphones, and 66% have their own device. This is not Facebook’s fault, of course, but it does raise the question: do we need to encourage more social media use by this age group?

Every social media app collects some data about its users. Here in the States, children under 13 are protected by the Child’s Online Privacy Protection Act (COPPA), which restricts companies from collecting personal information from them. Messenger Kids pushes the edges of the law a bit. Facebook says it is collecting “little data” about its young users, but what does that mean, and what will it do with the data it does collect?

Critics of the app have already accused Facebook of grooming kids early for later social media use. (Some have likened it to the Joe Camel mascot to get kids interested in cigarettes early, which is maybe a little harsh.) Facebook claims that it is creating a safe, controlled environment for kids to do what they are doing anyway. Sounds a little like the argument to hand out condoms to kids because they are already having sex.

It’s no secret that Facebook has been losing ground with its youngest user base as they flock to other social media platforms. (The middle-aged geezers have taken over Facebook, the kids tell us.) So while Facebook may claim to be doing this for more altruistic purposes (i.e. creating a safe place for kids), we can’t lose sight of the truth that Facebook is a business, and it exists to make money. It’s hard not to be a little skeptical about that.

The Bottom Line about Messenger Kids

Despite the skepticism, it sounds like Facebook has put some real thought into this by including lots of conversations with parents, national parent groups, and online safety organizations. If the statistics are accurate, and if we–as parents–are largely allowing our kids to be on social media and have their own devices before they are 13, it makes sense to create a social media tool that is more controlled and safer than the usual suspects.

While the features of the tool sound great, though, the bigger question will be: Will kids use it? There is so much pressure among the under-13 crowd to get on SnapChat, Instagram, and anonymous messaging apps. Those are the platforms kids are already using (whether they are 13 or not.) Will they willingly switch to one controlled by their parents? Over time, there could be a shift, but only if enough kids truly see the pitfalls of the other apps for themselves.

And perhaps it will remind us that there is so much we need to teach our kids before they ever set foot in the world of social media.

What do you think of Messenger Kids? Should kids under 13 be on social media at all?