What parents need to know about live-streaming apps

Even before the year was over, experts were declaring that 2016 was the year of live-streaming. 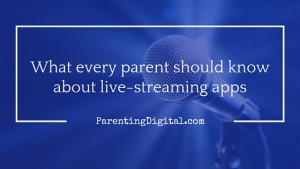 Not that I was around then, but I imagine that in the early days of television, most people were in awe of what the technology was able to do: project video and audio from one location to hundreds or thousands of devices around the country, right into someone’s living room.

Of course, to do this, you needed a studio with sophisticated lighting and camera setup, and an expensive and highly technical way to broadcast the signal over the air.

Now, you just need a phone.

While the ability to broadcast live over the internet has been around for a number of years, a recent surge in apps has made it easier than ever to turn your smartphone into a portable studio. Push a button, and you are live to the world.

Before we get too much further, let’s pause to think of just how amazing this is. With only the cost of my monthly cell phone bill or wifi connection, I can become an on-air celebrity. Without any degree in journalism. Without any physical studio location to build or rent. Without anyone’s permission or auditioning for a local talk show host job.

This democratization of live broadcasts has opened the possibility for the average Joe to share his or her expertise with the world. Many people have used this access to build a following based around shared interests, like fashion, cooking, technology, sports, or their favorite Netflix show.

Even more than TV ever could, these apps also allow the viewer to pick and choose what comes through the feed on their end, and to interact with the broadcaster through live comments and approval tools (i.e. “likes”, “hearts”, and shares.)

Currently, the reigning champion of live-streaming. Facebook Live is a feature within Facebook’s app (iOS or Android.) The same way you tap a button to write a status or post a picture, you tap a button and you are broadcasting live.

By default, the broadcast goes out to your “friends” in Facebook. They sometimes get a notification that you’ve gone live, and they can see your live broadcasts later (“Cory was live!”) While the broadcast are initially sent to only your Facebook connections, the live feed (and recording) can easily be shared with others, with the potential of a video going viral.

While live, viewers can send “likes” and “loves,” just as they do to text and photo posts, and there is a live chat window below the video feed. Comments can continue on the recorded version as well.

YouTube, now owned by Google, has included a live-streaming feature for a few years now.

For the most part, YouTube Live has replaced Hangouts on Air, which would broadcast a Google Hangout live to a broader audience.

The live-streaming feature is available to anyone with a YouTube/Google account (so all but three or four people on the planet?) and works within the existing YouTube dashboard. A live stream can be broadcast from a laptop or Chromebook (with a camera, obviously.) Last year, YouTube added the live-streaming feature to its iOS and Android apps. Like Facebook, it’s now just a matter of opening the app and clicking a button.

Yes, even the photo-sharing platform is getting on the live-streaming bandwagon. Instagrammers can now stream video live from their phones. Unlike Facebook and YouTube Live, however, the videos aren’t archived. Instead, they disappear as soon as they are done. Think, Snapchat in video form.

You can record Instagram videos (called “stories”) through a third party app or program on a laptop, for example. And, of course, anyone online can capture what they are watching without the broadcaster knowing.

Created by the developers of musical.ly, an app that lets users created and upload their own music videos, Live.ly is the live-streaming version. Though its terms of service are limited to 13 and older, both musical.ly and live.ly are popular with younger kids. In its first week after launch in June 2016, it had over half a million downloads.

The app allows you to set the account as private and turn off location information, but the sheer volume of users and video content being broadcast makes live.ly one to keep an eye on.

Still mostly popular among tweens and teens, YouNow is also a smartphone app, but live-streams are easily viewed online without an account. The site has channels for finding related broadcasts, and the channels are pretty revealing of the “quality” of the content (#girls, #bored, #random, #sleepingsquad, etc.)

The #sleepingsquad category, by the way, consists of users broadcasting themselves sleeping. That’s it. And there are hundreds of them. (Did you just sigh out loud and shake your head? Me, too.)

Beyond the obvious privacy concerns, YouNow asks for a lot of information during signup, including phone number, social media accounts, full name, and email, but users can change their screen names to be more anonymous. There are the usual chat and ‘liking’ features, but users can report and block obnoxious viewers from a broadcast. 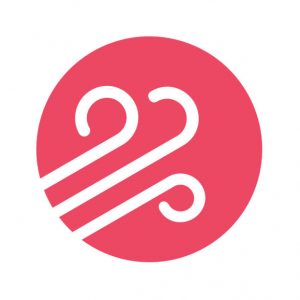 Another newcomer to the community, Flurry is a mobile app that allows you to broadcast and view, just like the others. The platform has a lot of emojis and stickers, and viewers can buy virtual gifts for the broadcaster.

While live-streaming apps offer a new style of communication and a greater ease of access, they have also created a new set of concerns for parents.

Because it’s live, there is no opportunity for viewers to limit profanity, sexual content, or hateful or racist comments, among other things. There is no way to “rate” each broadcast or tag it as explicit, as you would find on a recorded podcast, for example.

Much of the live-streaming done by tweens and teens is done from their bedroom. That illusion of privacy emboldens some kids to say and do things–broadcasted live–that they’d never do if their parents were in the room.

For those broadcasting, the live aspect means no taking back comments made, personal information accidentally revealed, or actions performed for an audience.

This is especially concerning for younger broadcasters whose prefrontal cortex is still developing. That’s the area of our brain that acts as the CEO: filtering, making judgments, and controlling long-term planning. This is why kids often don’t think about the consequences of their actions.

In online live-streaming, once it’s out…it’s out. No cutting, re-shooting, or bleeping out words.

When kids live-stream, they are putting themselves into the public eye in a way that exposes them to trolls and bullying. If they are hoping for affirmation, they may be crushed by a couple of harmful, rude comments made by viewers.

In some ways, this is not much different than “non-live” comments that can be made on any social media channel. But with live-streaming, it is more immediately felt and raw, as those commenters have no time to do any of their own filtering.

Ok, so the internet is often all about me. But live-streaming apps seem to have increased that focus on self. Tweens and teens (and adults) are broadcasting some of the most mundane, trivial things. A quick look at the Periscope feed reveals a glimpse of this shallowness: “Just driving to work”, “can’t sleep”, “hang w. me”. Do we really need to broadcast every moment of our lives? To what end? Well, it’s all about me.

[Just a note about a potentially dark side of this narcissism, just so we don’t dismiss everything we see from teens as angst-ridden adolescence. Sometimes this kind of broadcasting can reveal a more serious mental health problem, where kids are crying out for help–in their way–and are seeking approval from others in any way they can get it.]

What can parents do?

Editor’s note: The original post date for this article was Jan 30, 2016. Because of the rapidly-changing nature of the tools involved, this post was updated on Jan 27, 2017. Tools like Meerkat, Blab, and others are now defunct.