Big Tech has crossed a line, and that’s good news for parents and kids

Remember Joe Camel? In the 90s, the cartoonish character was the face of Camel cigarettes. It was a blatant campaign to market tobacco products to a young population, which the industry dubbed “replacement smokers.”

And though these questionable marketing tactics had been used for decades, the use of Joe seems to be the straw that…well, you know.

Big Tobacco crossed a line with the general population. As a result, groups were formed and laws were passed.

Though it might be a harsh comparison, it would appear that social media and Big Tech are facing the same public relations scrutiny and criticism lately. 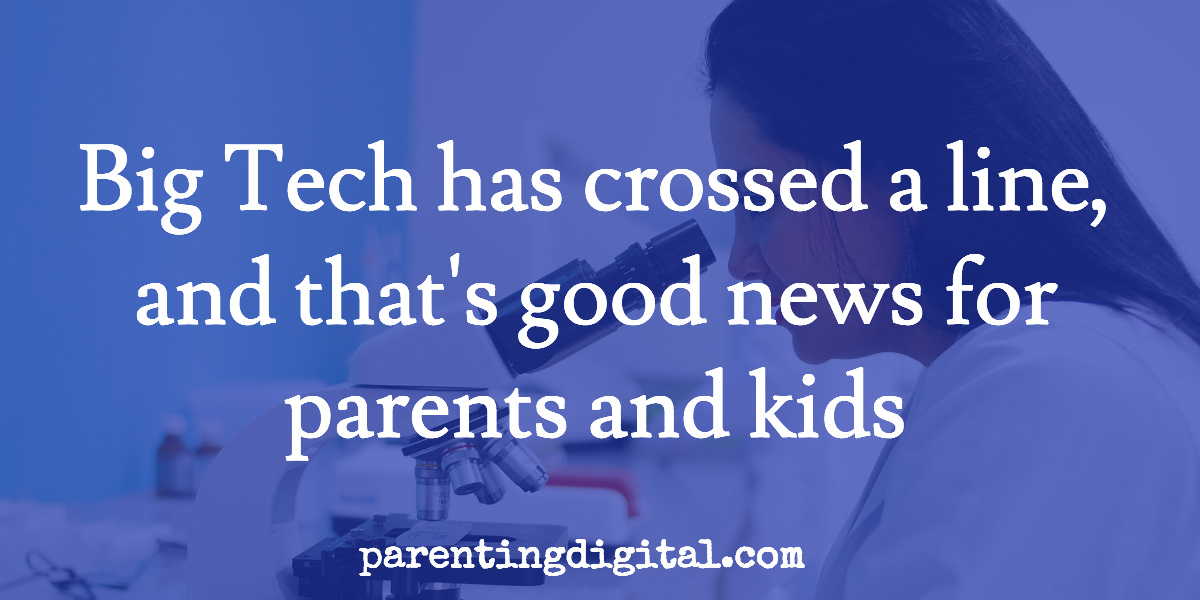 When Facebook rolled out its Facebook Messenger Kids last year, parent groups and others expressed serious concern about creating a social media tool for kids as young as 6. A social media tool, of course, that works a lot like the adult version of the social media app. It’s hard not to take the cynical view that Facebook is recruiting a younger demographic that was leaving the platform for others.

The immediate concern over such a child-targeted app prompted an open letter from the Campaign for a Commercial-Free Childhood. Citing multiple studies related to social media and its effect on teen and childhood depression, obesity, privacy issues, relationships, academics, and the spread of fake news, the letter appeals to Facebook to shut down the app completely.

YouTube has also come under scrutiny in the past as its YouTube Kids app is not as kid-friendly as it seems to claim. Inappropriate video content has been repeatedly found on links that initially seem kid-safe. Very young children have been exposed to pornographic (or at least highly questionable) images.

It’s not just the big social media companies, either. Concerned groups are calling on device makers, like Apple, to make it easier for parents to regulate their child’s screen use. In an open letter to Apple, some pretty big Apple shareholders called on the company to acknowledge that “the growing body of evidence [surrounding significant screen use among children and teens] may be having unintentional negative consequences.”

This group echoes the calls of others who want to see better, more flexible parental controls on devices like smartphones and tablets.

Of course, Apple can’t be blamed for the rise of social media and its potentially addictive effects, and these groups concede that. Apple does, however, produce devices that become the vehicle for so many of us and our kids to use–and abuse–social media tools. As a result, the argument goes, big tech companies should have a moral imperative to include features on their devices to help protect children.

Tristan Harris used to be a design ethicist for Google. He knows first-hand how apps are designed to keep us going back for more, like an addict. Harris has recently come clean on how Big Tech companies use “brain-hacking” to create an almost unbreakable bond between us and our devices.

Taking an additional step, Harris has co-founded the Center for Humane Technology with a handful of other former tech industry insiders and CEOs. The central mission is to create a more ethical technology landscape by educating the public, inspiring tech companies to design more humane software and hardware, and put pressure on policy makers to improve user protections.

Recently, the Center has partnered with CommonSenseMedia, an organization dedicated to helping kids manage digital media and empowering their parents and teachers through information, reviews, and tools. Together, this new coalition has launched the Truth About Tech campaign, a series of ads and events to “raise awareness about digital addiction, provide a roadmap of solutions, and recommend how best to respond.”

The death of social media?

With all of this backlash happening against Big Tech, it seems a little like social media is about to fall victim to public outrage. But social media, smartphones, Apple, Google, Facebook, and other pillars of our digital world aren’t going anywhere.

Just as the public outcry against Big Tobacco’s unethical marketing tactics didn’t bring that industry to a crashing halt, these calls for reform and oversight won’t kill technology.

Instead, we should see this as a balanced response. In a sort of checks-and-balances, technology tools, devices, and apps that were allowed to run free are now facing the beginning of calls for oversight and regulation. Not to destroy tech and all the techy things, but to bring some deliberate, thoughtful control as to how we–and our kids–use them.

The issues that have concerned us as parents for years are now being brought to light by significant voices within the industry and by people and organizations with the power to do something positive about the issues affecting our kids. I look forward to the coming changes, and I’m hopeful that our technology can become more humane.

It will certainly make digital parenting a little less scary, won’t it?